Digital Rupee: India’s own CBDC All the buzz about Digital […] 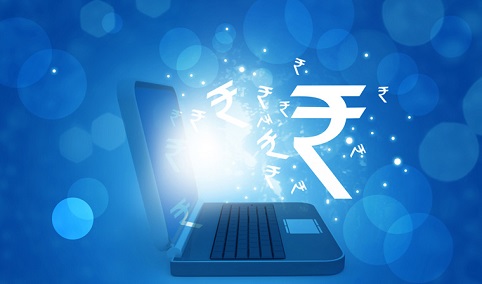 All the buzz about Digital Rupee came to forefront with recent budget announcement. In Union budget 2022, finance minster proposed introduction of Digital Rupee, to be issued by RBI in 2022-2023 using technologies like Blockchain and others. A Central Bank Digital Currency or CBDC as it is popularly known as, is a digital currency issued by the Central Bank. Worldwide, CBDC has been a hot topic for discussion for various reasons including the impact it will have on crypto currencies. Let us first understand what a crypto currency means. Cryptocurrency is a digital payment system which is decentralized, i.e, it is not controlled by any central institution like the fiat currency which is controlled or maintained by the central banks of the respective countries. It is a peer-to-peer system designed to work as a medium of exchange through a computer network and uses encryption to verify transactions. Individual coin ownership records are stored in a digital ledger.

While cryptocurrency is a vast subject and can be discussed at length, let us move towards our topic for the day, digital rupee. Digital Rupee is a CBDC which is also based on technology and principles similar to cryptos. Since introduction of the first cryptocurrency, bitcoin, many cryptocurrencies have emerged and though they are not formally recognized as currencies, they have seen quite a few transactions and huge fluctuations in their value in the past couple of years that they have drawn the attention of the tax authorities, enforcement agencies, and regulators globally who are still debating how to control it or put it to use legally. However, the reactions of various governments to this are different and they are driven by largely varying underlying motives and there is no uniform international law to regulate them. Some countries have banned it while El Salvador became the first country to consider Bitcoin as a legal tender. Legalizing cryptocurrency (Bitcoin or ethereum or other such crypto currencies) would mean that businesses must accept that currency as a payment method along side the fiat currency.

The potential and hazards of cryptocurrencies can be debated for years but many countries have come to a stage where they need to address this issue some way or the other, either by deciding it a legal tender or otherwise. The reason being that many of these crypto currencies are knocking the doors of the regulators and also large tech companies like Meta/facebook may come up with currencies which may become popular enough considering their customer base, to destabilize and disrupt the existing monetary system, if left unattended. Also, many law makers including India are worried about money laundering, terror financing and tax evasion that is happening through cryptos. For some countries like China and Iran, reducing the reliance on US Dollar or creating an alternative to US dominated international payments system to erode USD’s sanctions leverage, is driving the attention towards a CBDC.

Turning to India, RBI was constantly concerned about cryptos and has been pressurizing government to act on it to curb money laundering and other illegal activities that are made easy if cryptos are not regulated. While the crypto regulations are still on their way, the government has come up with the proposal of issuing ‘Digital Rupee’ – India’s own digital currency. The government also has brought the profits made in digital assets under the tax radar and has also decided on an exorbitant tax rate of 30%, which is more than the current corporate tax rate in India, thus dissuading trade in cryptos. While the tax evasion of the cryptos has been addressed to some extent, the government is planning to address other issues and has paved way for a digital legal tender for India in the form of Digital Rupee.

While it is now certain that Digital Rupee is being introduced, we do not have the details of its design to know the complete impact. Digital Rupee can be designed to operate as a wholesale currency or a retail currency or both. However, what we know at this point is that it shall be treated exactly like fiat currency and can be exchanged for bank notes.

A retail CBDC is one that will be issued for the public and will be based on DLT (Distributed Ledger Technology). The features would include anonymity, traceability, 24 x 7 availability and even feasibility of interest rate application. This is mostly popular in emerging economies and would help in gradual shift towards cashless society thereby reducing cash printing and handling costs.

A wholesale CBDC is for financial institutions that hold reserve deposits with a central bank. This could improve efficiency of the payments and securities settlement. The wholesale CBDC has the potential to make existing wholesale financial systems faster, inexpensive, and safer.

In case of India, with huge presence of smart phones, adoption of ecommerce in a big way and strong UPI platform which assisted in Payment’s revolution, the retail is already going cashless. So, RBI could start with wholesale CBDC, which is less disruptive. Retail may be far off given the limited benefits it offers compared to the other issues that come along with it – decisions like responsibility of central record keeping or intermediation by banks, the kind of impact it will have on the financial stability and monetary policy and a host of other issues.

While the recent announcement of issuance of Digital Rupee is a big one that created ripples, a lot more lies in the details.