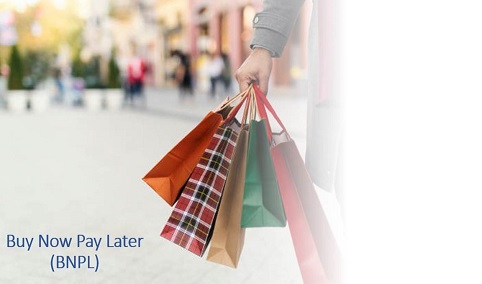 BNPL, the hot fintech vertical has been gaining popularity across the world and has been in the news recently with multiple transactions at eye-popping valuations. Some of the major recent transactions include – NYSE listed company Square’s acquisition of Australia’s Afterpay for $29 billion, Amazon’s deal with Max Levchin’s Affirm and the decision of Paypal to acquire Japan’s Paidy for $2.7 billion.

BNPL companies are one of the recent fintech revolutionaries and the concept of BNPL can simply be put as a modern version of the traditional installment loan. BNPL has different definitions but from customers perspective we can define it as an option to buy now and pay later in installments without any interest component. There are variations in this and are discussed in the subsequent sections below.

BNPL is gaining traction around the world. This particularly took off well in India as there are not many people in the country with credit cards but lot of them have massive aspirations which BNPL helps in realizing.  In India, BNPL in some form existed in the form of POS based lending but BNPL, in particular, has come into foreplay in the last 2-3 years.

Let’s briefly get into the origins of BNPL. In 2005, 3 gentlemen named Sebastian Siemiatkowski, Niklas Adalberthand and Victor Jacobsson participated in an entrepreneurial award competition and the idea was not well taken. However, they pursued the idea without losing heart, found some investors and finally launched their own company Klarna, now a very renowned BNPL company.

While BNPL has gained popularity in B2C segment, BNPL has become the lifeblood for B2B e-commerce as well. Seamless access to cash flow based BNPL financing is strengthening the B2B trade.

What makes it an attractive proposition is that it is seamless, and the end user need not interact with multiple interfaces nor must go through tedious documentation process before getting the credit. Also, one bill for multiple payments done across various sites and platforms through same BNPL company makes it extremely simple for the customer from convenience point of view. Another advantage is that BNPL is also offered on high frequency small purchases like groceries, low-cost lifestyle items, etc. This is like getting loan even for the smallest of purchases and such a functionality works great from both convenience and credit point of view considering that there is no need of any documentation for such loans.

From the credit point of view, BNPL allows credit leverage without having to worry about any loan expenses like the interest rate, processing fee, etc. It does not require any history of credit worthiness and BNPL is much faster than the conventional credit providers.

BNPL is a great value add for people who have minor cash flows, frequent money variations, and have low savings.

Increased sales – BNPL companies promise increased sales and in India BNPL companies are promising sales improvement anywhere between 10 and 40 percent. This comes at a cost depending on whether the merchant is willing to accept the payment later or he wants it at the time of purchase.

Most of the times, especially in case of e-commerce, one of the big issues the retailers face is the cart abandonment where the customer fills his cart and doesn’t complete the purchase due to various reasons including reluctance to pay due to affordability, unavailability of the card in the vicinity, insufficient wallet or bank balance and other such reasons. BNPL, by facilitating credit and offering it seamlessly, is able to push the customer towards completing the purchase.

Another important value addition for the merchant is that BNPL helps the merchant build relationship with the customer unlike credit card where the loyalty is towards the card issuing bank.

BNPL is not offered uniformly across the world. Even within India, different BNPL companies’ offerings vary with differences in the ticket sizes (size of purchases for which the credit is offered) to number of days in which the payment is to be made to many others.

Let us look at the way BNPL is offered – It is typically offered in one of the following ways. From the product proposition point of view, the following models currently exist in India.  First one is mainly selling convenience. Like revolving limit, customer is issued credit and is expected to clear the bill in 14-15 days period (Similar to “Khata*” system in India). Second one is Pay4 model which is more popular in the west. Typically, the purchase amount is broken into four equal installments with the first one being debited immediately, and the next three installments debited once every 2 weeks. It is interest free and the installments are generally debited once every two weeks. It may have small processing fee but won’t mostly result in any additional payment by the customer. Banks in India are doing this on e-commerce platforms in India. Due to regulatory restrictions on offering interest free loans, they structure it differently. Typically, the customer is presented with both principal plus interest, the customer pays and then the ecommerce platform issues the entire amount as cash back.

BNPL Constructs – Currently, BNPL is offered directly by the BNPL players (who lend on their own books) or they tie-up with lending institutions. Ex: Amazon pay later is a tie up with IDFC First bank and Capital Float. Lazypay lends through its NBFC called Payu finance limited.

In India, the buy now, pay later (BNPL) flexible payment method that initially started with e-commerce marketplaces has gradually moved into other industry verticals. Food delivery, the travel industry, and online grocery buying are some of the sectors wherein BNPL providers are experiencing a lot of growth. The pay later service offered by Amazon has more than two million users in India and has already been used more than 10 million times since its launch in April 2020. This is just a small example of how BNPL is growing in the country. According the Q2 2021 BNPL Survey by ResearchAndMarkets.com, BNPL payments in the country is expected to grow by 72.7% on annual basis to reach US$ 6327.2 million in 2021.

Let us understand what is driving this market in India. BNPL is a big hit with the younger population. Indian youth, accounting to nearly 22 percent of the total population, is at the core of the BNPL trend. Further, the aspirational middle class with improving lifestyles are driving this trend.

Credit card penetration in India has been low over the years. There are 900 million debit cards and 62 million credit cards in the country. The drawbacks of credit cards including the old technology on which the credit cards are based and relatively static model with more loyalty towards credit card issuers than merchants have been helping the growth of BNPL which though emulates the credit facility, is based on latest technology, and offers significant merit to the merchant along with no hassle credit to customers.

Further, the COVID-19 pandemic has drastically impacted the income, monetary liquidity, spending patterns and much more leading to strengthening of digital payment habits, and fueling BNPL growth in India.

SIMPL, launched in 2015 is probably one of the early entrants in this space in India. Since then, we have seen many other companies including – Lazy Pay, Ola Postpaid, E pay later, Paytm postpaid have actively occupied this space. In fact, banks have also started entering this space with ICICI PayLater being the first one. E-commerce giants like Amazon and Flipkart have also launched their own BNPL options.

HOW DO BNPL COMPANIES MAKE MONEY

BNPL Companies’ revenue comes from merchant fees which could be as high as 4%. Such fee is usually justified by clear sales uptick anywhere between 20-30%.  The other component which is not major is from the late fees which is 1.5-2% and in India it is flat fee structure. On the other hand, the main cost components are operational cost, repayment processing costs, delinquencies, and funding costs. Repayment costs are merely 1% and therefore it becomes important to control the other three.

UNDER WRITING AND DELINQUENCIES

Unlike the traditional players in the credit market, BNPL companies rely on alternate data sources such as online behavior, history with merchants, etc. to build the customer profile. And such a profile is updated gradually to reflect the repayments. The longer the players are in the industry, better the underwriting would be, given that they will possess more data for better underwriting of risks.

Currently, the BNPL players may not be reporting the delinquencies to any credit bureau if the ticket size is small. This could have adverse effects. One is that it incentivizes the customer to default and two, the true levels of customer indebtedness are hidden from the other players. According to the players in this industry, the delinquencies are quite low in the range of 1-2% in India, and globally a much higher number in the range of 5% – 8%.

Whether payments and settlements act should be applied to the BNPL merchant acquisition model where BNPL is acting as a quasi-credit card is the question. When BNPL reaches a scale and becomes systemically important, it is sure to draw attention of the regulators perhaps calling for more stringent reporting.

BNPL is a very promising business catering to various market segments and offering great value but is currently not under stringent scrutiny of regulators. Future seems bright.